Well you asked and we delivered! After many a request for Cherry to release a live album - here it is in all it's glory and suitably called Late Night Lock In as we're all on lockdown right now! But listening to music is very much allowed so order a copy, close your eyes and pretend you're at a Cherry gig and sing along to crowd favourites such as Man Overboard, Come Back Home, Meet Me At The Station, Time Limits, as well as Cherry's version of Wade In The Water, All You Need and much more!

Recorded over three separate performances from 2018 & 2019, this is an album you simply must add to your Cherry collection, the one album that truly captures that high energy CLM vibe, only experienced live. Recorded alongside Cherry's faithful band of Max Milligan, Robbie Stewart-Mathews, Nick Slater, Brian Greene and with special guest Lee Vernon on blues harp, this is a hotpot of bluesy soulfulness at it's best.

Order TODAY on the link below, £11 includes CD album and postage. We understand in these tough and trying times, a lot of you will be out of work or living off a low income, so we have the option to donate what you can to receive an MP3 version of the album instead. Just head to the news page for the donate button.

We hope to see you on the road very soon, please stay safe and let us know here at CherryJam, what you think to Late Night Lock In! 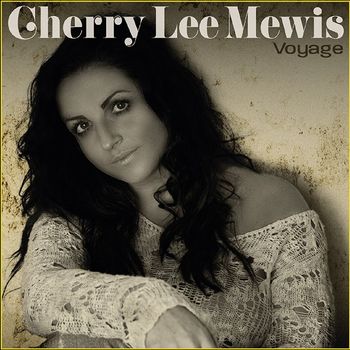 The writing on this record has evolved from previous recordings and fans will find a flavour of something different artistically while staying true to the classic Cherry Lee Mewis sound. Those 'be yourself', good-time, fist-pumping, barn-burning songs that her audiences have come to love. Written once again by Cherry and her co-writer and guitarist of 15 years, Max Milligan, they followed the creative energy wherever it flowed by splitting into different writing combinations.
"We write together, or on our own then play each other our ideas, there's no set path," explains Cherry. "I try to write both lyrics and the skeleton of the music of at least two or three songs on each record totally by myself, because I want to keep digging and finding that close connection to telling my story in my music, so i picked up my guitar and dug deep! Once again Max totally helped bring my vision to life. In fact it's our vision and I feel so blessed to have him around me and salt-of-the-earth-people like my band too, we truly are family."

Amen to that as Cherry and her band consisting of Nick Slater (dobro), Robbie Stewart-Mathews (double bass & blues harp) and Brian Greene/Flow (drums) have spent years sharing cramped road journeys on tour as well as hotel rooms, creating the sort of chemistry that can’t be faked.
"I've tried to always be honest in my songwriting and with this EP I feel i've really dug in deep and touched on subjects that people don't always put out there. First and foremost, I just wanted to write about things that I really knew about, subjects that hit close to home and I just took the time to really write. I know who I am musically and that is so important."

One close-to-home subject matter is written about on One Night Stand Boulevard. "I actually started this song 9 years ago," says Cherry. "however it was never finished and I wasn't totally happy with it so I decided to revisit it all these years later. It says what it is on the tin to be honest," she laughs, "growing up there were times when i'd mistake lust for love. It's also about turning a blind eye to the fact that it isn't the real thing but not wanting to let it go either for the risk of losing that quick fix thrill."

How I Fell Out Of Love is a timeless ballad with Max's fluid, layered guitar lines perfectly complimenting Cherry's impassioned vocals - a genuine showstopper - emotional without being overblown. There features a version of Elmore James' I Can't Stop Lovin' that has been revamped 'Cherry style' - red hot and smokin', proving not to be just an echo of it's original raw originator.

The whole of this 6th studio release, uses the boldest colours from across many genres, proving Cherry certainly feels most at home when bending genre lines.
"I've had people ask me what musical genre am I, or i've even had blues venues say i'm too country to play there and country venues/festivals saying i'm too blues to play here! It bugs me somewhat because all my influences fuse together to the point where I know my music doesn't sound out of place at either blues or rock festivals or at country hoedowns or even Americana clubs, it's good music and as far as i'm concerned, there are two genres of music - good and bad."

On Voyage there's many diverse and dynamic sides that comprise Cherry – from the confident, energy-a-plenty swagger of Come Back Home, to the autobiographical Living The Dream, the soulful confessions of The Naked Truth and the heart-wrenching traditional ballad The Water Is Wide that features Cherry’s raw vocals over sparse guitar. And, of course, the thrilling Nashville makeover of 3 songs from 2014's Catch My Drift album, It's Cool, Bride Ain't Me and Old Shoes that feature some of Nashville's finest musicians in a musical reworking of these wonderful songs that simply had to be shared.

Voyage EP offers a little bit of everything. There’s bluesy slide guitar, southern rock solos, harmonies, and plenty of groove. The hooks are big, the guitars are loud, and the songs — every last one of them co-written and/or arranged by Cherry and Max and it's available to order NOW right HERE.

WATCH THE OFFICIAL VIDEO FOR LIVING THE DREAM

WATCH THE OFFICIAL VIDEO FOR
JUST CAN'T LIVE WITHOUT YOU